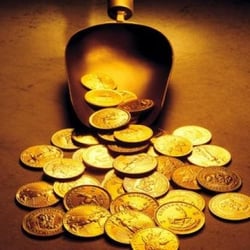 51.1%: Bitcoin Dominates Cryptocurrency Market For First Time Since May

For the first time since May, the Bitcoin Dominance Index surpassed 51.1 percent, solidifying its position as the cryptocurrency market’s most valuable, secure, and widely utilized blockchain network.

#bitcoin dominance over the cryptocurrency market hits 51.1 percent for the first time since May.

In May, the transaction fees of Bitcoin payments increased drastically, up to $4 on average per transaction, due to the abrupt increase in the size of the Bitcoin mempool–the holding area for unconfirmed transactions–and the average Bitcoin block size.

Several analysts and developers attributed to the sudden surge in the number of transactions and the size of the Bitcoin mempool to potential spam attacks that were deliberately launched with the intent of clogging the Bitcoin network with transactions with substantially low transaction fees.

In an interview with BraveNewCoin, Laurent, the French developer behind Bitcoin analytics platform OXT, stated:

“Considering that the published elements are the result of an exploratory analysis, I would say that I’m 95% confident [that spam attacks occurred]. 100% confidence will require an in-depth analysis which is currently outside what my financial resources allow me to do. We’ll need an in-depth analysis to estimate the cost of this attack but it’s likely that it wasn’t so expensive (all things being relative).”

More importantly, the adoption rate of SegWit is growing at rapid pace. According to prominent Bitcoin investor and Atlanta Digital Currency Fund partner Alistair Milne, 10 percent of transactions in the Bitcoin network are already SegWit-enabled and more or less one tenth of the users in Bitcoins which amount of millions of users, have started to experience significant decrease in fees despite the lack of SegWit implementation by popular Bitcoin wallets such as Blockchain and Coinbase.

Because receivers can start dealing with SegWit-enabled transactions and large platforms like ShapeShift, which account for three percent of all global Bitcoin transactions, the rate of SegWit adoption will continue to rise at an exponential rate.

Why is Scalability a Factor to Bitcoin’s Dominance Index Recovery?

Through the emergence of Ethereum, the ICO market, and other unique cryptocurrencies such as Zcash and Ethereum Classic, Bitcoin has evolved into a robust store of value and a reserve currency-like safe haven asset in the cryptocurrency space. Because Bitcoin transactions were expensive and difficult to deal with pre-SegWit, many users have moved on from Bitcoin to other cryptocurrencies like Litecoin that are yet to struggle with scalability issues.

However, the integration of SegWit and the rapid adoption of the software have allowed Bitcoin to become an efficient digital currency once again, with transaction fees averaging below $0.2 for regular transactions. As the development team behind Ledger explained, SegWit wallet users and transaction receives can experience up to 35 percent in transaction fee reduction, and that rate could increase in the future depending on the adoption rate of SegWit.

“Segwit introduces the concept of block weight which changes the way the transaction size is computed by splitting the signatures in a different area — you can typically save 35% of the fee paid when sending a transaction immediately,” explained the Ledger team.

As Bitcoin continues to evolve into a more usable and efficient digital currency, its dominance over the cryptocurrency market will only increase