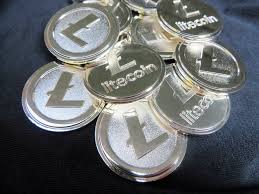 Why Did Litecoin Hit $50 For the First Time in August?

Litecoin price surpassed the $50 mark for the first time in August due to two major factors: compatibility with bitcoin as a result of Segregated Witness (SegWit) activation and its hedge-like characteristics to Bitcoin Cash (BCH).

On August 21, Cryptocoinsnews reported that prominent bitcoin analyst and investor Tuur Demeester described Litecoin as a real bitcoin hedge because of its SegWit-enabled network and transactions. He explained that the sell-off of BCH was likely to cause Litecoin price to surge.

“If BCH pump fails, money could roll into LTC, it being a real Bitcoin (BTC) hedge. I just invested some BCH profits into LTC. With real ‘Bitcoin hedge’ I mean [that] Litecoin has SegWit and it will likely merge other cutting edge tech ahead of BTC,” Demeester said at the time.

Although it is difficult to wholly attribute the surge in Litecoin price to the recent sell-off of BCH, the timeline matched the analysis of Demeester. During the week when BCH fell from over $1,000 to $640, Litecoin price achieved new all-time highs, breaking through the $50 mark for the first time since July.

It is likely that the sell-off of BCH attracted investors in South Korea and China because they have been BCH’s two largest markets and the demand for Litecoin has been increasing at a rapid rate in both markets. Upon the short-term sell-off of BCH, investors moved to Litecoin, Ethereum and bitcoin in the Chinese and South Korean markets.

Another major factor that has led to a short-term surge in Litecoin price is the activation of SegWit in the Bitcoin network. The Bitcoin Core development team’s SegWit, which works a transaction malleability fix and scaling solution, was adopted by Litecoin in July and the integration of SegWit by Litecoin ultimately encouraged the bitcoin industry and community to integrate SegWit in the main bitcoin network.

With SegWit live in both Litecoin and Bitcoin networks, cross-network swaps can be made possible through cross-blockchain channels. Charlie Lee, the creator of Litecoin, and the development team behind Lightning, a SegWit-based bitcoin micropayments solution, emphasized the importance of a Litecoin-to-Bitcoin Segwit-enabled transaction swaps in recent statements.

“Version 0.3 of LND added a Litecoin operating mode as a step towards multi-chain Lightning Network for cross-chain atomic swaps. I’m working with [Litecoin Foundation Directors] Xinxi Wang and Franklyn Richards today to test out Lightning on Litecoin mainnet. Any real litecoins lost will be worth it,” Lee said.

More to that, the official update release of Lightning Network version 0.3 revealed that swaps between Litecoin and bitcoin will be facilitated at ease, allowing cross-network swaps seamlessly.

“In this release, we’ve added support for a toggle-able Litecoin chain and wallet backend. This means that lnd is now capable for easily switching back and forth between the Bitcoin and Litecoin chains. This is very exciting as the code scaffolding put in place to make this switch seamless also lays some important groundwork for the multi-chain lnd operating mode that is under development,” the document read.

Litecoin’s cross-network connection with bitcoin, a $72 billion blockchain network, is playing a vital role in sustaining the upward momentum of Litecoin price.