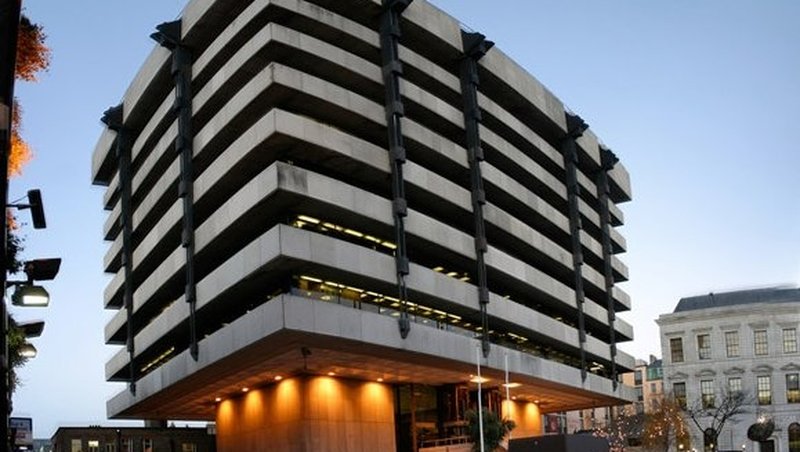 When Not If? Banks Strike Optimistic Tone on Blockchain Impact

“We are in the process of developing a new operating system for the planet.”

The remark, issued by Barclays’ vice chairman of corporate banking, Jeremy Wilson, perhaps summed up the scope and tenor of discussion at the Blockchain for Finance conference yesterday. Held in Dublin, the event played host to participants more at home in suits than hoodies, though the mood was no less enthusiastic than if it was packed with developers.

Leading off with a panel of C-Suite executives from large financial institutions, it was here Wilson issued his positioning statement, one that added to the outlooks of other panelists assembled to provide a top-down view of blockchain work originating in the financial sector.

However, if Wilson appeared awe-struck at the enormity of the promise of blockchain and distributed ledger applications, he was equally critical of the work the industry is doing to assess ethical and moral dimensions of the coming impact.

Emmanuel Aidoo, director of blockchain at Credit Suisse, also hinted at fragile complexities. He likened the integration of blockchain into financial processes to a game of Jenga – you pull out the blocks from the bottom and hope that the tower doesn’t crumble.

But while few details about live implementations were forthcoming, all participants mentioned specific projects their institutions had undertaken. And, in contrast to years past, Wilson wasn’t a lone voice on the panel remarking on the potential of what is to come when – not if – these projects come to fruition.

“Asking us that is as if Tim Berners-Lee had just developed HTTP and you’re asking us if the internet will change the world.”

Tip of the iceberg

The rest of the day’s panels included discussions on trade finance, identity and cross-border payments, with almost all on stage emphasizing the potential for blockchain and the challenges in determining where to start.

Xavier Laurent, blockchain lead from Credit Agricole CIB, warned against trying to address the whole value chain at once, while Gadi Ruschin, CEO of blockchain startup Waves, agreed that digitizing a complete process is not realistic today.

Given the prevailing sense of caution, it is not surprising that most panels conveyed a mix of frustration at the complexity of the systemic and technological limitations. One theme that came up frequently was that of regulation, with Jean Devambez of BNP Paribas pointing out that there are more questions than answers for how legal frameworks will adjust to the capabilities of blockchain.

This is especially evident when it comes to the problem of identity on the blockchain, noted Anne-Marie Bohan, partner at law firm Matheson, arguing that the use case will be held up in the short-term, for legal rather than technological reasons.

As Oliver Naegele, founder and CEO of Blockchain Helix, explained, regulators tend to be technology neutral – rather, it is the processes and the protections that they care about. Elsewhere, their evolving role was also food for thought, shedding light on new responsibilities and expectations.

“The key question is, what is the role of the regulator in this new world?”

Also present were representatives from global lawmaking bodies. For example, in the closing panel, Peteris Zilgalvis of the European Commission talked about how the political arm of the 28-nation bloc might approach regulation going forward.

Notably, Zilgalvis expressed his desire to combine a cautious approach with a desire to identify and get ahead of the issues that need addressing.

As well as enhancing supervisory convergence and expanding supervision, Zilgalvis hinted at an increasing focus on the development of a coherent infrastructure.

In an intriguing indication of further work to come, he alluded to yet another regulatory tangle – that of self-executing pieces of blockchain code called smart contracts, concluding:

“Smart contracts might need regulation if we want to make them legally binding.”

As the comments show, far from being merely caught in the blockchain wave, financial incumbents and regulators appear to be charting their course.