Voorhees Decision Will Not Affect Shapeshift.io Support for Bitcoin Cash

Erik Voorhees, ShapeShift CEO, has announced that he plans to divest all his Bitcoin Cash tokens as soon as he gets hold of the new cryptocurrency during the scheduled Bitcoin platform split on Aug. 1.

Following Voorhees Tweet, some were quick to confirm whether the decision affects how his company will treat Bitcoin Cash, to which the company responded:

It only occurred to me now to ask. Will you be dumping your #Bitcoin Cash on @ShapeShift_io? Would love to see BCC added to @Prism_Exchange

We have not made a decision regarding BCC. We will announce any decisions on this matter in our social channels

Meanwhile, the claim by Voorhees that there is an overwhelming support for SegWit2x scaling plan for Bitcoin can be said as not entirely accurate.

In fact, the real score is that there is increasing support for the original SegWit plan, but this cannot be said about its second version.

I will be dumping BCC as fast as I can. SegWit2x has overwhelming support and I stand by my commitment to it. #bitcoin #Aug1 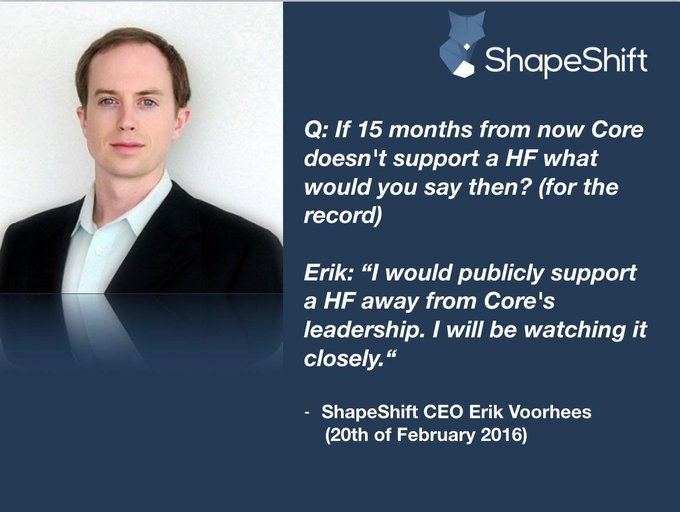 Many exchanges and cryptocurrency pundits are torn about the issue, and it is expected that the new cryptocurrency will experience some growing pains after its launch.

The presence of a growing number of exchanges which are expressing their support for the digital currency, however, is a positive start. Whether you’re on with the supporting side or not, it will be interesting to see how the new token will perform following its launch on Aug. 1.

There will be users or investors who are supporting the new token, as well as those who will stick to the leading digital currency Bitcoin.

I will have to assume you went full into Bitcoin Cash if you make statements to undermine the HF part of SegWit2x.

No, I’m full into Bitcoin. No BTU, Classic, bcash, 2x, or whatever might be the HF flavour of the month.

There are also many industry players who still believe that the Bitcoin Cash tokens are “free” money, but that is not exactly case. The tokens, however, will be issued without additional cost to exchanges that support it.