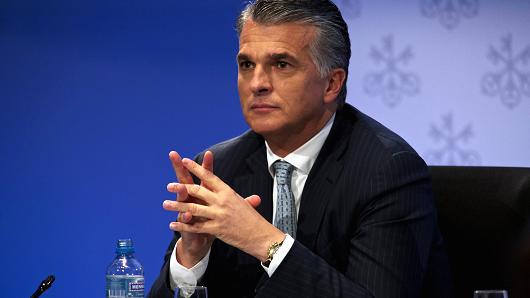 UBS: Cryptocurrencies Are a ‘Speculative Bubble’

UBS has said that cryptocurrencies like bitcoin are a ‘speculative bubble’ and are unlikely to become a mainstream currency. Yet, it believes the blockchain may have a ‘significant impact’ on many industries.

In a white paper titled ‘Cryptocurrencies – Beneath the Bubble‘ that was published this week, UBS said:

We think the sharp rise in cryptocurrency valuations in recent months is a speculative bubble.

The bank added that it was ‘doubtful cryptocurrencies will ever become a mainstream means of exchange.’

The need for companies and individuals to pay tax receipts in government-issued currency, and the potentially unlimited crypto-money supply, pose significant barriers to widespread adoption.

According to UBS, bubbles occur when there is something new, or relatively new, in the economy, which creates uncertainty, and a delay in real-world returns. It cites the Dutch tulip bubble in the seventeenth century, the Mississippi and South Sea bubbles in the eighteenth century, and the dot com bubble in the 1990s. UBS believe that digital currencies fall into the bubble category.

Earlier this month, Sergio Ermotti, the CEO of UBS, said that wealthy investors are curious about the digital currency market, but are not ready to make significant investments. The bank joins critics such as Jamie Dimon, JPMorgan CEO, who claimed last month that bitcoin was ‘a fraud.’

Despite the fact that UBS doesn’t appear to favour digital currencies such as bitcoin, it is regarding the blockchain in a more positive light.

So much so that UBS believe that the distributed ledger will lead to ‘significant impact’ within industries such as finance, manufacturing, healthcare, and utilities. UBS are claiming that this could add as much as $300-400 billion of economic value by 2027.

For the time being, though, shortcomings will need to be addressed with the technology, UBS said.