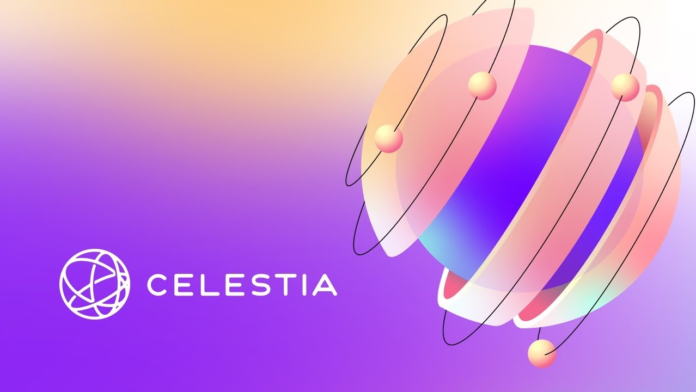 The project Celestia, which seeks to address the alleged centralization issue in the current monolithic blockchains, has announced the completion of its most recent funding round, which brought in $55 million. Delphi Digital, Protocol Labs, Figment, Maven 11, and Spartan Group, among others, participated in the round, which was led by Bain Capital Crypto and Polychain Capital.

A project called Celestia, which seeks to address the issue of blockchain deployment complexity, recently revealed that it had successfully raised $55 million in a combined Series A and Series B funding round. In addition to Placeholder, Galaxy, Delphi Digital, Blockchain Capital, NFX, Protocol Labs, Figment, Maven 11, Spartan Group, FTX Ventures, and Jump Crypto, the company disclosed that Bain Capital Crypto and Polychain Capital jointly led the funding round.

According to reports, Celestia’s valuation from the combined funding round—which was four times oversubscribed—is $1 billion.

The money is supposed to enable Celestia to keep developing its modular network so that anyone can easily deploy their own blockchain. The company claims that because of their monolithic design, current-generation blockchains are very challenging to deploy and manage. The architecture of Celestia introduces a number of layers that provide more decentralization and flexibility.

This type of architecture, according to Celestia co-founder Mustafa Al-Bassam, may be the way blockchain technology is developed in the future. He declared:

The new raise comes after the company raised $1.5 million back in March 2021 in its seed funding round.

In order to support businesses and individuals willing to adopt modularity for the design of their blockchains, Celestia is already actively incubating projects. Several people and teams have already been chosen by a program called Modular Fellows, which will support and fund their projects for three months while the teams deliver a number of milestones and a demo of finished products.

The project is already operational on the Mamaki testnet, which was introduced in May. For its testnet launch in 2023, Celestia plans to reward users with tokens for their participation in the network. The company has not yet provided a specific launch date for Mainnet, but it is anticipated to launch next year.

Block Times Indicate That Progress Toward Bitcoin’s Halving Is 60% Complete, and That a Halving Could Take Place Next Year