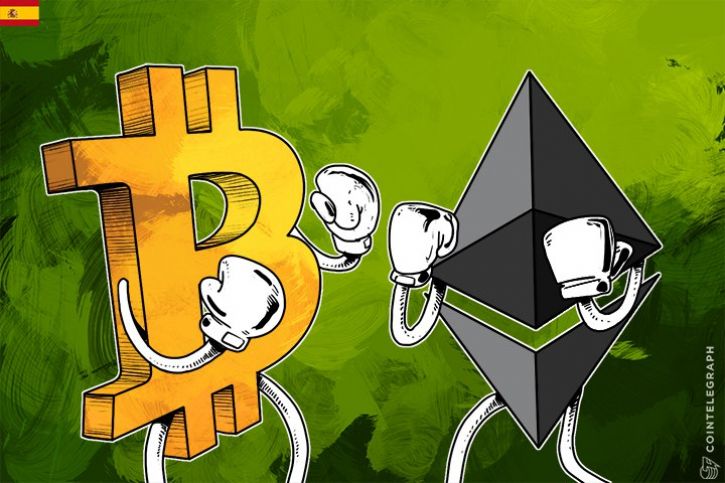 The Impending Technical Fork In The Road For Bitcoin & Ethereum

April 13, 2018
1515
0
Facebook
Twitter
Pinterest
WhatsApp
In my previous article 4 weeks ago, I discussed the upcoming technical fork in the road for both Bitcoin (BTC) and Ethereum (ETH) and the potential implications in terms of recovery time for the two potential paths. Since a considerable uptick in cryptocurrencies that occurred yesterday morning, things are looking pretty bright, but are we out of the woods yet? The short answer: with every day that we move away from the convergence point of lines A & C and move in the right direction by keeping the long-term support line intact (line A), a short-term uptrend is being established and the less likely it is that we will need a longer recovery time to reach the all-time highs we experienced just 3-4 months ago.

As you can see in the chart above, BTC approached the convergence point of lines A & C as I predicted, and so far is maintaining the long-term support line (line A) and creating a new short-term uptrend with higher highs and higher lows. Please keep in mind that this new short-term uptrend is only about 2 days old, however, it was quite strong and significant since it was both preceded by a bottoming out period that lasted 11 days and a previous lower high was taken out. The anatomy of a recovery can be seen below:

As you can see in the chart above, from April 1st to April 11th BTC seems to have bottomed by reaching a level of $6,562.17 (#1 in red) and subsequently threatening but failing to go lower than that level (#2 and #3 in red). More interestingly, yesterday there was a very nice increase in price (#1 in blue) that also took out a recent somewhat significant lower high from the bottoming out period. Since then, we have continued to see an uptrend with higher highs and higher lows (#2 in blue).

Now does any of this mean that we couldn’t possibly go below $6,500? We could indeed, but with each day that passes with more evidence of a new short-term uptrend occurring, it will become less and less likely. The next test is to see if we can break $9,173.82, which is the last major lower high of the downtrend that has occurred since mid-December. I wouldn’t be surprised at all to see that level broken in a week or two.

As you can see in the chart above, ETH actually went below the long-term support (line A) prior to the convergence point of lines A & C. It has now since gone back above the long-term support line and will likely continue to stay above it since it seems to follow and be highly correlated with Bitcoin anyway. However, as someone that has looked at a ton of charts across all types of financial instruments, this is a bit concerning to me. Typically, a breach below long-term support like you see above shouldn’t consist of passing through the line as if it was swiss cheese without an initial bounce off (1), staying below the line for a week (2), and then breaking above the line as if it were no big deal (3). This is almost reminiscent of the price action of an illiquid penny stock or obscure futures contract on the CME (Chicago Mercantile Exchange). However, we have to remember that this crypto and it is a very immature market with huge volatility and overreactions. We should also remember that there are far fewer professional and institutional traders in Ethereum than there are in Bitcoin at the moment, and the fact that there are futures contracts on the CME for Bitcoin and not Ethereum is something to consider as well. Professional traders respect technical analysis to a far greater degree, whereas amateur traders tend to be totally oblivious to it and even somewhat cynical regarding it. I suppose the main point with Ethereum is that it will tend to follow Bitcoin in the future and will likely be ok in the short-term since Bitcoin’s technicals are improving.

Everything is looking up in Cryptoland again, let’s just hope that we don’t get some sort of horrible fundamental news that will push us below long-term support (line A). Again, with each day that we stay above long-term support and move further away from the convergence points of lines A & C, the less likely that it is that we will go below long-term support and have a longer implied recovery time to get back to the recent December and January highs. At this point, I feel somewhat comfortable in saying that we will challenge recent highs again in August and that a year-end price target of $40,000 for BTC and $3,000 for ETH is in the cards. Highs for the year of $50,000 and $5,000 could be reached for BTC and ETH, respectively, and would likely occur in December.

Lastly, I would just like to say that I hope that as a market we can become less dependent on Bitcoin. Quite frankly, I question Bitcoin’s long-term viability due to its scalability issues, not being the recent leader in innovation in the field, and its relative lack of transparency compared to other major cryptocurrencies. I realize that the following analogy might be a bit apples to oranges, but if Apple had anonymous founders and not a single photo of a member of its executive team could be found on its website, do you think Wall Street would be cool with that? What about if Jeff Bezos of Amazon sold all of his shares of the company, shrugged it off implying that it was no big deal, and said that he still cares about the company and did it so that he could focus on Amazon better (comparison to Charlie Lee, Litecoin)? Everybody think that Wall Street would be cool with that? Of they wouldn’t, but why is the crypto community OK with these things? Because it is an extremely immature market with participants that aren’t nearly as sophisticated or savvy. However, don’t worry, I have a plan to make the market a lot more mature a lot more quickly. My new project that will go live soon, “BTD Fund”, aims to provide clarity to the community in terms of fundamental analysis while also providing less volatility and a safer place for those that are new to cryptocurrencies to get started and learn from those that are more experienced. Stay tuned for more!

Nick Kitcharoen is Founder and CEO of BTD Capital, which will be releasing a long-term cryptocurrency fund with a fundamental focus in the near future. Nick has a background in corporate finance and trading in financial markets and was most recently Founder and CEO of Acumen Algorithms LLC, a formerly registered Commodity Trading Advisor, where his sole focus was the development of trading algorithms based entirely on technical analysis. Because of the huge opportunity that cryptocurrency and blockchain represents, Nick is moving on from Acumen Algorithms to focus entirely on BTD Capital. The all-star team at BTD Capital is excited about introducing themselves to the world and sharing more details about the project with you all very soon.