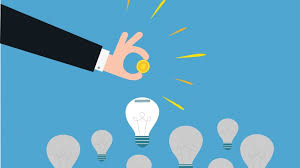 Short-Term Money or Faith in Crypto? Why VCs Invest in ICOs

On July 7, Cointelegraph reported that some Bitcoin and Blockchain startups had begun to appeal to traditional VC firms.  In fact, some of the largest companies in the world, such as the Hangzhou-based Holley Group, have recently begun investing in ICO and Blockchain projects.

Analysts such as Mourdoukoutas fail to consider that the purpose of ICOs is to eliminate the necessity of venture capital investors entirely.

ICOs are intended to decentralize funding; they were never meant to become a vehicle for venture capital investment. Some Blockchain projects and ICOs appear to be deliberately taking advantage of the current speculative frenzy, using it to woo VCs.

Not all venture capital in the cryptocurrency and Blockchain sector are looking to buy ICOs and quickly flip them for short-term maximum profits. A number of venture capitalists have taken up the role of “patient capital” in an effort to maximize profits over the long term.

Not all venture capital firms and institutional investors within the cryptocurrency sector are looking to amass massive fortune within a short period of time.

Some dedicated venture capital firms that have genuinely tried to improve the cryptocurrency industry by financing early-stage startups and supporting their visions have created large-scale companies that actually have consistent revenue streams and millions of active users.

Infrastructure and the growth of the sector

For instance, Coinbase became the first billion dollar company within the Bitcoin industry earlier this year and is set to raise another hundred million dollar funding round to expand its services and operations internationally.

Exchanges and wallet platforms like Coinbase have not always been profitable. Blockchain, the world’s second largest Bitcoin wallet platform, has also raised$40 mln in a new funding round established in June, regardless of its services that have low-profit margins and small revenue streams.

Hence, the vast majority of venture capital firms within the Bitcoin sector have actually contributed to the formation of necessary infrastructure for exchanges, trading platforms and wallets.

Some VC firms may see a short-term money making project in cryptocurrencies while many VC firms and angel investors truly believe in the technologies offered by Bitcoin, Ethereum and other cryptocurrencies.