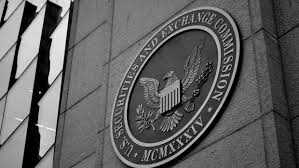 The US Securities and Exchange Commission is warning investors about the risk of public stock scams that use cryptocurrencies as a promotional tactic.

Published earlier today, the SEC investor alert primarily focuses on cryptocurrency-themed promotions from publicly traded companies, rather than startups or project teams who aren’t listed on an exchange or over-the-counter marketplace. The agency specifically highlights the promotion of initial coin offerings (ICOs), in addition to general cryptocurrency releases, as potential warnings signs for investors.

The SEC said in its alert:

“Fraudsters often try to use the lure of new and emerging technologies to convince potential victims to invest their money in scams. These frauds include ‘pump-and-dump’ and market manipulation schemes involving publicly traded companies that claim to provide exposure to these new technologies.”

Indeed, the SEC has ordered stock trading freezes for a number of companies, including three in the past month alone. Whether the agency is pursuing some kind of concerted effort remains to be seen.

As CoinDesk reported late last month, the SEC unveiled the results of its investigation into The DAO, including its determination that tokens sold in conjunction with the failed ethereum-based funding vehicle constituted securities. What’s more, the agency indicated that other token sales may fall under this definition as well.

Since that release, other securities regulators, including those in Canada and Singapore, have issued similar statements as well – in effect stating that some tokens are subject to regulations while others may be not.

Commenting on today’s release, Peter Van Valkenburgh, director of research for the nonprofit advocacy group Coin Center, called the SEC’s move “very reasonable and measured,” framing it as part of the wider process that began in July.

“This kind of continue in the vein of the SEC taking very reasonable and measure d steps to deal with investor protection issues around ICOs,” he told CoinDesk. “It’s not like a bombshell just dropped and they went after a giant and successful open-source project. Quite the opposite, this is pretty narrow.”

Other commentators see today’s release as only the next leg in a longer process.

“We are seeing much more focused interest in digital assets by the SEC, including the recent DAO Report of Investigation and trading suspensions,” said Perianne Boring, president of the industry trade group Chamber of Digital Commerce. “The SEC has become an aggressive player in enforcement in the digital currency and token space, particularly in the area of ICOs,” she said, adding: