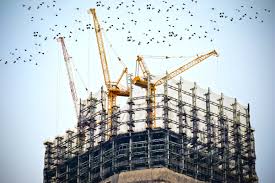 Ethereum is a leading online open software platform that functions through Blockchain technology. It enables developers to create and release decentralized applications. As part of its scaling efforts, the Raiden Project was created.

The most recent milestone is crucial in leading the Ethereum network to the next phase of development before the code is finally ready to be launched and rolled out on the public Ethereum network.

Bitcoin’s scaling issues have been a problem for the network, and a source of consternation for many digital currency enthusiasts.

As buyers, sellers and investors are increasing the strain on Ethereum’s network due to high numbers of transactions, users find the network slowed and constrained.

The Raiden project is Ethereum’s solution to the problem. The project started in 2015 and was inspired by Bitcoin’s proposed Lightning Network, which would shift the bulk of Bitcoin transactions off the network.

Raiden will possess this feature as well. Additionally, Raiden will allow the creation of peer-to-peer channels to allow the direct transaction, conversation and negotiation. The Raiden Project allows users to trade tokens and access other decentralized applications, at scale.

Off-chain payments, trading, buying and selling will be much easier and faster once Raiden is implemented. The project will also help secure the network from any glitches or potential attackers.

Bitcoin has paved the way for a number of other digital currency projects, and Ethereum is one that holds great promise. Raiden will allow Ethereum to scale to the levels needed to ensure its long-term success as digital currency continues to gradually progress toward mainstream usage.