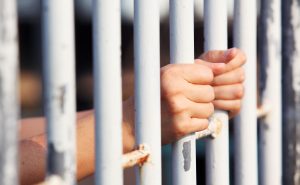 Police Are Holding OneCoin Promoters in Custody in India

Indian police are continuing their efforts to recoup funds from promoters of OneCoin, a digital currency investment scheme widely believed to be fraudulent.

Local reports indicate that investigators in Mumbai continue holding more than 18 individuals in custody for further questioning after they were arrested last week by undercover officers.

OneCoin is a purported digital currency sold through investment packages that are often pitched as sure-fire ways of making lots of money. Long accused of being a pyramid scheme, those solicited are often encouraged to purchase large packages of “tokens” (which can then be redeemed for OneCoins) and find other buyers to increase the size of their network.

The scheme has caught the attention of law enforcement and regulatory officials in a number of countries, including India. Speaking to The Hindu, a police official said that a new investigative team had been established to focus specifically on complaints tied to OneCoin.

“We need police custody for investigating the case and to get all details of the scam. We have got custody of the accused till May 3,” the official said.

That Indian police are shifting resources and seeking additional information from those held indicates that officials in that country are continuing to step up their fight against OneCoin. Recent reports show that other countries, including most notably Germany, are taking aim against the scheme in other ways as well.