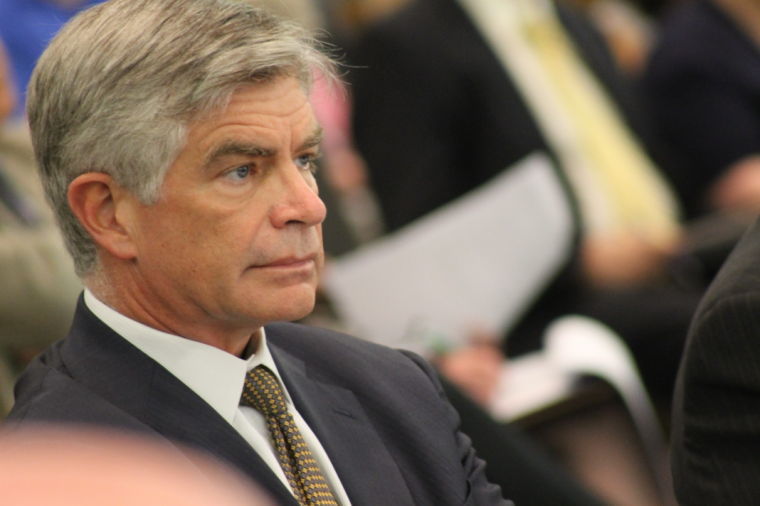 Bitcoin and other cryptocurrencies are unlikely to weaken the Fed Reserve’s influence on the U.S. economy.

That’s according to the president of the Federal Reserve Bank of Philadelphia, Patrick Harker, who issued the new remarks on the second day of a fintech event hosted by his organization, one of 12 regional institutions that today comprise the U.S. central banking system.

But while some have worried that the rise of a cryptocurrency would make it harder for the Fed to manage the rate of inflation, Harker showed that he isn’t concerned about the prospect.

Onstage, he went so far as to contend that bitcoin has yet to be tested by a real catastrophe, but that when one happens, people will be more likely to flock to government-backed money.

“And so, when cryptocurrencies and other forms of currency emerge, I think the basis of that has to be how do they create that trust?”

Trust in the government

Harker went on to acknowledge that while citizens have put varying degrees of trust in what he called the “sovereign states” that stand behind currencies today, other currency models might be possible. This includes, he said, ways in which trust might come from another “large player,” or as in the case of bitcoin, an algorithm.

But his most pertinent critique was perhaps that cryptocurrencies have not been significantly tested enough to ensure confidence.

Despite issues such as the collapse of Mt. Gox, once the bitcoin’s network’s largest exchange, or the ongoing bitcoin scaling debate, Harker argued that cryptocurrency has been largely insulated from “bad times.”

“Everything can work in good times,” he added.

This leads to the second reason Harker said he’s not concerned about cryptocurrency hamstringing the Fed’s monetary influence: If – and, according to Harker, when – things go wrong, the Federal Reserve and other state agencies will likely be asked to get involved anyway.

“When things really go bad, where do Americans turn?” he asked “Well, they’re going to come back to the government. That’s the history of the country.”

‘How do you regulate an algorithm?’

Elsewhere, Harker responded with his thoughts on cryptocurrency regulation, with his interviewer, [email protected] founder Mukul Pandya, asking directly how the Federal Reserve might assist or advise on such a strategy. (The Federal Reserve has previously noted that it does not have the authority to directly regulate the technology.)

On this point, he was inconclusive, suggesting any ideation is today in early stages.

“How do you regulate an algorithm?” he asked, drawing laughs from the audience. “I don’t know yet. The answer is we have to continue to study this.”

Still, that doesn’t mean there aren’t possible next steps.

For example, those studies might include looking more closely at how another algorithm, perhaps one created by the Federal Reserve, might ensure fairness in mathematical form, something Harker said is crucial to any potential cryptocurrency controls.

“Before we even think about how you regulate an algorithm, how would you even build an algorithm that would have that sense of fairness in it? It is a fairly deep technical question.”