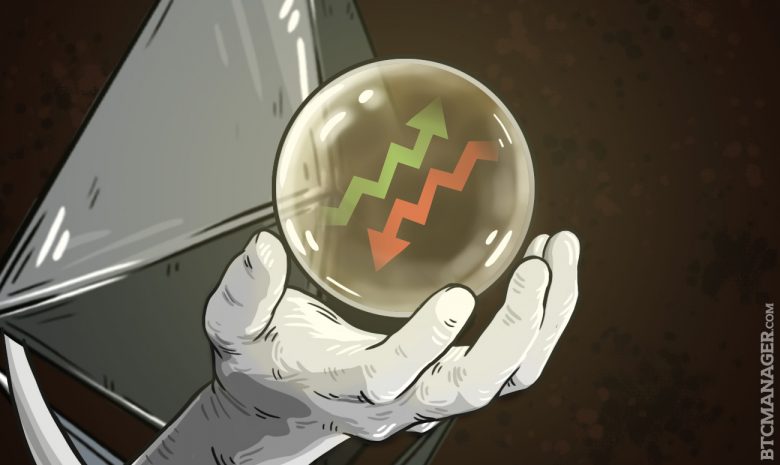 Several factors would be responsible for the Ether price to rise organically  to $400 again or even higher in coming weeks. One of them would be a result of the roles of the startups whose ICOs reportedly brought down the price in the first place.

It is correct to say that the rise of ICOs is a major factor that troubled the ETH price of late. After the Status ICO, for example, there were claims that the crowdsale process contributed to the fall of ETH’s price – considering its effect on the Ethereum network and the scramble to lay hands on some of its SNTs.

The same has been said about Tezos, Bancor etc. These startups have to sell back some of what they were able to gather into the market to achieve their set goals.

Looking at it from this perspective, it would make sense to postulate that in the foreseeable future, the price of the second largest cryptocurrency by market cap will rise again and these startups – depending on their varying use cases – that are having their ICOs now would have a role to play then. Most of these projects are all at their planning stage as they haven’t really launched out the final version of their platforms.

It’s been argued that the developers are the main beneficiaries from ICO maniaas most of them are now better equipped to display and improve on what they do. However, looking at CoinMarketCap, all the promising coins have at least 300 percent increase over a period of three to six months. Icostats also shows that the ROI on many startups to ETH in a year is at least 10x.

It depends on the ICO you chose to invest in as some of these projects tend to look to be more promising than others – not those with just a website, a white paper and a few developers but yet raised millions without a real business model. Some of them were built on the Ethereum network to stand as a platform on their own hosting other platforms rather than serving a singular purpose like what most other companies have been doing.

At some point, ICOs will subside as only promising projects would be churned out, or there will be a mental form of screening process introduced by the growing knowledge of users. New use case ideas won’t wither completely but the evaluation process would be strengthened and only those with the best to stay the course would be seen through.

By then, Ether’s price will regain strength as major projects – especially those that will also enable non-crypto users –  launched on its framework, will actualize their vision and will start disrupting their respective markets.

ViaCoinTelegraph
Facebook
Twitter
Pinterest
WhatsApp
Previous articleIt is Baby Steps But Bitcoin is Taking Root in Africa
Next articleKosovo to Get First Bitcoin ATM, As Its Central Bank Warns Against Cryptocurrencies