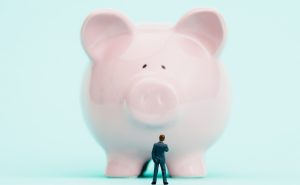 A blockchain initiative backed by dozens of US credit unions is set to give a live demonstration next week.

CULedger, a consortium project unveiled late last summer, is supported by more than 50 credit unions and four of the biggest credit union service organizations in the US. Spearheading the project are the Credit Union National Association and Mountain West Credit Union Association (MWCUA).

Those involved in the initiative say they want to utilize the tech in a bid to improve how credit unions function – while also making them more competitive in an increasingly tough environment for financial institutions. The idea is to create a blockchain-powered utility through which credit unions could send money or exchange other types of information.

The live demo of a CULedger proof-of-concept focused on identity is being unveiled an eventon 9th May in Tuscon, Arizona. The concept was first outlined in a demonstration given by MWCUA vice president of innovation and product development Rick Cranston early last month.

In that presentation, Cranston – who helps lead the CULedger project – also touched on the topic of smart contracts, arguing that self-executing code operating on a blockchain could have a major impact on the credit union industry, particularly when it comes to cost savings.