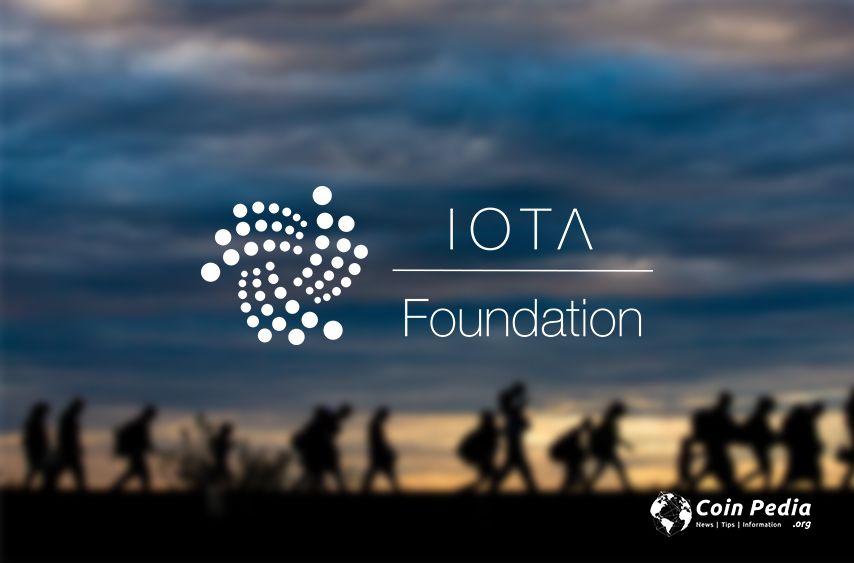 IOTA, the public permissionless distributed ledger, has forged a partnership with REFUNITE, the world’s largest missing persons database, to use the former’s Blockchain to reunite families during and after conflicts.

The non-profit deal will provide REFUNITE expertise in Decentralized Ledger Technology (DLT) and hands on participation.

On a daily basis, 28,300 people are forced to flee their homes as a result of oppression and conflicts globally. UNHCR figures indicate that an anomalous 65.6 mln people around the world have been forced from their home.

Briefing Cointelegraph about the deal, David Sonstebo, Co-founder of IOTA, says he considers it as a very important advancement for IOTA, as it represents the beginning of a long and fruitful journey exploring how DLT can help refugees and refugee camps.

“When dealing with the sheer size of refugee camps and refugees, you need a scalable solution. And IOTA is the only scalable distributed ledger with no fees at the moment. In addition to this, the IOTA Foundation is currently engaged in utilizing technology for the improvement of the condition of refugees and people in impoverished nations. For example, we took part in “Hack4Farming” in Kenya last year to explore who to use distributed ledger for farming optimization.”

Currently, REFUNITE is operating across 25+ countries helping refugees who have become separated from loved ones to reunite.

“Typically, families become separated in the wake of conflict, often never to find each other again. We currently help more than 700,000 refugees with finding their family,” Christopher Mikkelsen, Co-founder of REFUNITE tells Cointelegraph.

He reveals that REFUNITE was founded in 2009 after helping a young Afghan refugee named Mansour who had lost track of his entire family during their escape from the Taliban.

“In the process of helping Mansour, my brother and co-founder, David and I realized that none of the large international organizations had created any kind of interlinked data infrastructure that could collect, curate and distribute information about missing loved ones across borders, refugee camps, and indeed the refugee populations themselves. Think of it as them missing a distributed ledger to record, verify and connect information on parents looking for their kids.”

Christopher maintains that the partnership with IOTA represents an opportunity to think through their separate but joint philosophies about helping people and the world through tech, and by empowering users, be they people or companies, through distributed ledgers and decentralized access to the knowledge economy.

“This will help build a more inclusive and exciting future,” he said. “IOTA, being the first public distributed ledger that enables scaling and getting rid of fees, is a great match with REFUNITE.”

The REFUNITE boss is convinced working exclusively with private companies and foundations, who understand the startup-like approach to philanthropy, where multiple iterations through a product, with many trials falling flat, is the only way to find an approach to help people and scale at diminishing costs.

“We believe the many challenges our world faces can only be solved through win-win partnerships instead of pure charity,” he inferred.