Bitcoin.de, the largest German bitcoin marketplace, will soon integrate support for Ethereum traders on its platform.

On September 27, the Bitcoin.de development team revealed in an email to its clients that it is set to add Ethereum trading in the upcoming weeks. In an interview with BitcoinBlog.de, a local bitcoin-focused news publication, an employee of BItcoin.de stated that the company has come to a decision to integrate Ethereum due to the overall rise in demand toward alternative cryptocurrencies (altcoins.) 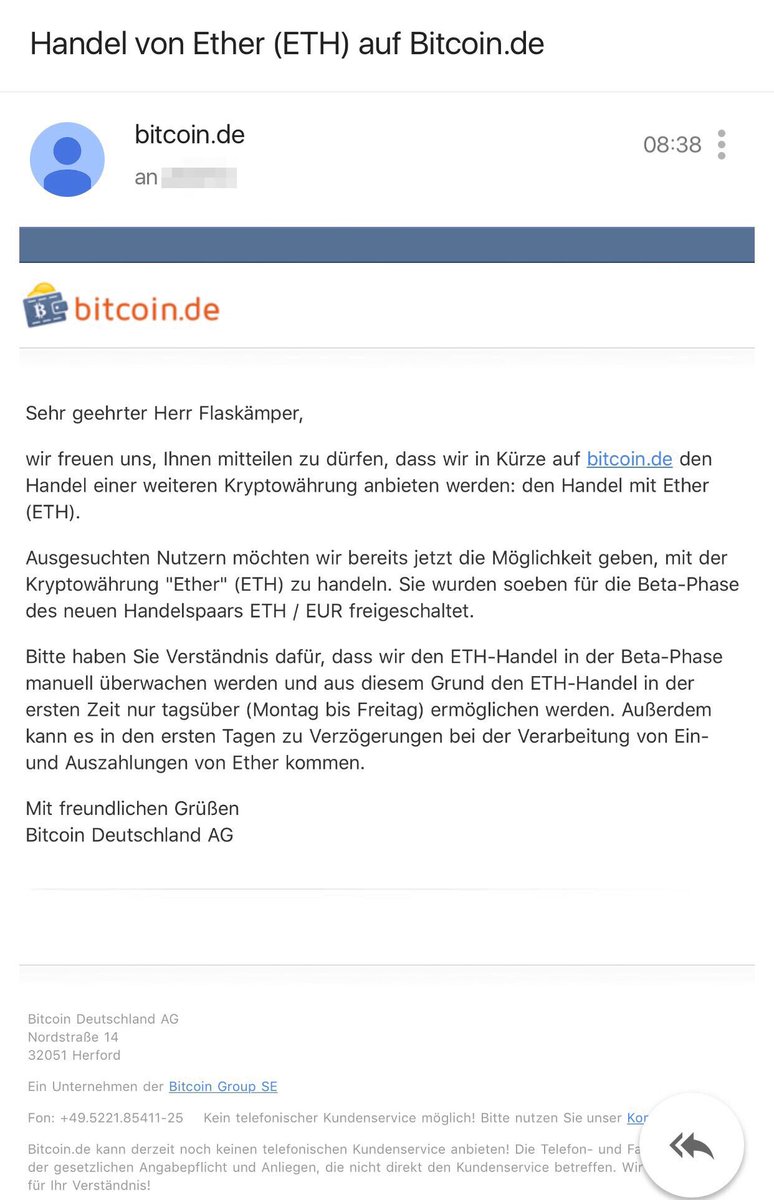 A rough translation of the statement read:

Europe Has Lagged Behind the US, Japan, and South Korea in Bitcoin Development and Trading Volumes

Despite friendly regulatory frameworks and policies for bitcoin businesses and investors, Europe has continuously lagged behind the US, Japan, and South Korea in terms of cryptocurrency development and trading volumes. According to bitcoin market data provider CryptoCompare, the European bitcoin exchange market is only the fourth largest market in the world behind Japan, the US, and South Korea with five percent market share.

Most European nations including the UK, France, and Germany house some of the most innovative financial technology (fintech) startups, through the establishment of large-scale startup accelerators and early-stage venture capital firms. Still, the European bitcoin and blockchain markets have struggled to grow at the rate of other markets such as Japan and South Korea.

In the upcoming months, through the integration of Ethereum and other cryptocurrencies apart from bitcoin, Europe could very likely evolve into major bitcoin and Ethereum market.

Already, Europe has become the third largest Ethereum market in trading volume, accounting for over 7.5 percent of global Ethereum trades. As regional trading platforms and marketplaces such as Bitcoin.de continue to integrate Ethereum and demonstrate support for other cryptocurrencies, Europe will likely see significant improvement in adoption and regulations.

Earlier this week, Mario Draghi, the President of the European Central Bank (ECB), the central bank for the euro and administers monetary policy of the eurozone including 19 countries, revealed that cryptocurrencies such as bitcoin cannot be regulated and prohibited. If the European market sustains this mindset of bitcoin and focuses on establishing a robust and efficient exchange market for users and investors rather than stalling the growth of the global cryptocurrency market, Europe will be able to emerge as a major market for cryptocurrencies like Ethereum.