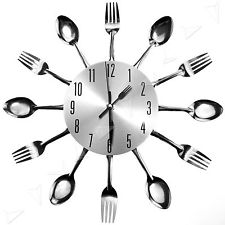 As Bitcoin.com reported earlier today, Bitcoin Cash miners initiated the beginning of the fork on August 1 at 12:37 p.m. UTC at block height 478558. Now, six hours later Viabtc mined the first Bitcoin Cash block (nr 478559) at 6:14 pm GMT. This was followed by the second block (nr 478560) that was also mined by the mining pool Viabtc.

The Bitcoin Cash blockchain has successfully split away from the legacy chain as of block 478559. The block was mined by the China-based mining pool Viabtc at 2:14 pm EDT (6:14 GMT) and the pool also found the next block 478560 shortly after. The first Bitcoin Cash block was 1915175 Bytes or 1.9 MB in size, holding 6,985 transactions. This is much larger than BTC’s 1MB limit and approx. 3,000 transaction throughput. The mining pool Viabtc also wrote in the block’s Coinbase data “Welcome to the world.” The organization also showed excitement via Twitter stating;

Welcome to the world, Shuya Yang! And Bitcoin cash!

Bitcoin Cash Network Sees a Hashrate Increase, but a Swift Drop in Price

Bitcoin Cash prices have dropped significantly since this morning’s high of $400 to a low of $220 at the time of writing. The price of BTC seems unfazed by the first blocks found and is still hovering around the $2740 range. Throughout forums and social media, everyone is talking about the fork. Of course, big blockers are celebrating the split while small blockers are waiting to see something bad happen.

At the moment the Bitcoin Cash hashrate is growing slowly and is currently operatingat 247 PH/s or 3.9% of the BTC network hashrate. So far, at press time, five blocks total have been mined on the Bitcoin Cash network. Bitcoin.com will be sure to follow the split events closely so our readers can be informed every step of the way.

What do you think about Bitcoin Cash officially splitting off from the legacy chain? Let us know in the comments below.