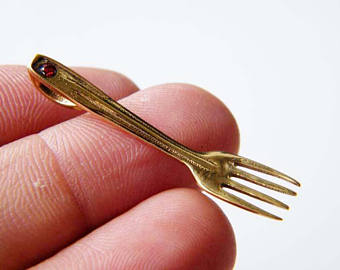 First Cash, Now Gold? Another Bitcoin Hard Fork Is on the Way

There could be as many as four cryptocurrencies bearing the bitcoin name if a small group of miners and developers carry out a planned fork of the blockchain this month.

Styled as a rebellion of sorts, bitcoin gold aims to follow a similar launch plan as bitcoin cash – the blockchain that split from bitcoin this summer by way of a “hard fork.” The idea of the project is to release an improved protocol, one that will challenge bitcoin cash in particular, and details are now starting to come come into focus.

Led by Jack Liao, CEO of Hong Kong mining firm LightningASIC, bitcoin gold is slated to launch on October 25, with its cryptocurrency being opened to exchanges on November 1.

Still, while whispers of the event are just beginning to spread, the importance of the project appears up for debate. Given that bitcoin cash produced an ultimately smaller bitcoin network, not to mention a cryptocurrency that’s worth about 12 percent as much as bitcoin at press time, most seem to view the plan as another distraction in an already divided community.

For one, bitcoin gold looks like it could be even smaller that bitcoin cash, at least in that not as many miners seem to support it.

But while those in the know might be skeptical of bitcoin gold, it does have a goal that many in the community may find attractive: creating a truly decentralized bitcoin.

Most notably, the developers behind the network hope to open up mining to more participants by replacing bitcoin’s mining algorithm with one that will enable it to be mined with graphics cards. The idea is to make big miners – sometimes controversial figures on the network – less relevant.

“Bitcoin gold will implement a proof-of-work change from bitcoin’s SHA256 to Equihash, a memory-hard algorithm that is ASIC-resistant and optimized for GPU mining,” explained pseudonymous bitcoin gold developer “The Sorrow.”

That the plan is being hatched in China, long the hotbed of bitcoin mining, only adds another layer to the story. Liao, whose mining hardware largely focuses on the litecoin network, is seen as one of the few voices domestically that can challenge the established order.

Yet, Liao was quick to name one mining firm in particular, Bitmain, as the reason that more bitcoin users should support the idea. A mining company that has been at the center of bitcoin drama over the last year, critics have long argued that the firm has too much of an influence over the network.

Still, creating a network that grows so popular as to remove miners is easier said than done, and some are skeptical that this would lead to the end goal that bitcoin gold advocates desire.

“GPU mining can’t prevent centralization. GPU [markets] are controlled by Nvidia and AMD,” Zhao Dong, a cryptocurrency trader and investor, argued in response to the plan.

Liao, however, argued the accessibility of the companies’ products means the distribution of hashing power might evolve differently.

Again, though, even project leaders admit many of the details around the hard fork are fuzzy.

Bitcoin gold’s pseudonymous lead developer “h4x” said that the project is “still evolving” and details such as exact block height of the hard fork are still up for discussion.

According to the original website text, bitcoin gold was even planning an initial coin offering (ICO) by which 1 percent of the bitcoin gold coins would go to the developer team, but these details have since been removed.

One thing is clear though about the funding: because of the nature of the split, every bitcoin user at the time will have an equal amount of bitcoin gold associated with their private key.

“It is a minimalist fork of the Bitcoin Core codebase in the spirit of litecoin – only a few conservative modifications,” said h4x.

H4x went on to describe bitcoin gold in more abstract biological terms, arguing that it tests how well hard forks work and if they benefit the ecosystem.

“Organisms derive benefits from creating offspring. With bitcoin gold we are conducting an experiment to see if that principle holds true in the world of blockchains.”

And this sentiment is largely in line with developers who have predicted that more bitcoin forks similar to bitcoin cash will come forth in the future.

After bitcoin cash forked earlier this summer, for example, Lightning Network developer Tadge Dryja arguedthat more forks would spring up, but for another reason: money.

With bitcoin gold in the works and another hard fork slated for November, it seems that prediction is slowly becoming reality.