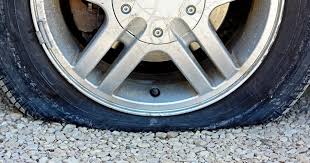 The crypto markets took a bearish turn on Wednesday, as 98 of the top 100 cryptocurrencies experienced price decreases. The ethereum price was not immune to this movement, and it has pulled back to a two-month low.

The etheruem price was expected to increase leading up to the release of Metropolis, its latest protocol upgrade. The first phase of this upgrade is set to take place in latter September, so there was speculation that the ethereum price would challenge its all-time high if the markets continued their uptrend or at least remained stable.

Unfortunately, this has not been the case. First, traders initiated at sell-off when bitcoin approached $5,000. This corrective wave dropped the ethereum price from $390 to $350. Before the markets could attempt a recovery, the People’s Bank of China (PBoC) ruled that initial coin offerings were illegal. The ensuing flash crash forced the ethereum price below $300, although it quickly recovered to about $330. A few days later, unconfirmed reports that the PBoC was preparing tomove against bitcoin exchanges began to surface. This pushed the ethereum price lower still, this time to $290. When no ban came, the markets began to rally, and ethereum advanced past $310 on September 12.

But this progress was short-lived. Tuesday afternoon, industry leaders including Charlie Lee and Bruce Fenton publicly stated that credible–though unnamed–sources had told them that the PBoC bitcoin exchange ban rumors were true.

The markets immediately turned sour, and every major cryptocrurrency began to decline. The bitcoin price dropped close to $3,800–it’s lowest point since August. Ethereum’s trajectory was even worse; it fell 12% to about $265. This brings the ethereum price to a two-month low and reduced its market cap to about $25 billion.

The downturn affected U.S., European, and Chinese exchanges relatively equally; ETH/USD,ETH/EUR, and ETH/CNY are all trading at $261-265. Significantly, however, ethereum is trading at a $10+ premium on Korean exchanges. Bithumb, Coinone, and Korbit all price ETH/KRW above $275.