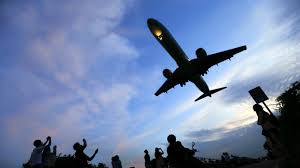 Ethereum miners purchasing advanced micro devices (AMDs) are helping to push their share prices up with some miners leasing Boeing 747s to ship the devices out quickly for them to be plugged in to the network.

According to a report from Quartz, AMD shares rose by 11 percent on 25 July; however, over the last 12 months the firm’s stock is reported to be up by more than 152 percent. This makes it the fourth best performer on the S&P 500.

Lisa Su, AMD’s chief executive, said the company had seen an increase in the purchase of AMDs from digital currency miners.

While management wasn’t specific on how much, the [graphics processor unit] revenue upside was driven by cryptocurrency applications.

Ethereum, the second largest digital currency with a market cap value of $18.3 billion, has experienced an influx of interest from traders, in particular with the mammoth number of ICOs currently circulating. However, it’s value has seen a near 4 percent drop since yesterday when it had a market value of over $19 billion.

Despite this, though, many investors are keen to take advantage of ethereum’s gold rush. So much so that ethereum miners are leasing Boeing 747s to ship AMD and Nvidia processors so that they can receive them quickly.

Time is critical, very critical. For example, we are renting entire airplanes, Boeing 747s, to ship on time. Anything else, like shipping by sea, loses so much opportunity.

At present, the price of ether is floating under $200 at $195, according to CoinMarketCap.

Through the use of graphics processing units (GPUs) acquired from the likes of AMD or Nvidia, miners can make money. However, in order to mine a supply of ether each day the miners are required to pay for the labour and electricity to run them.

However, as Quartz points out the costs involved have remained stable while ether prices have climbed from $8 at the beginning of the year to over $400 in June, meaning miners potential profits have risen 40-fold.

Everyone began to realize this and wanted to get GPUS to get mining. The mining return has gone up by 40 but the hardware is still the same cost. This creates an incredible economic incentive for people to start mining.

Interestingly, it was recently reported that small-scale ethereum miners were selling their AMD and Nvidia GPUs. According to a report from Motherboard, sellers are claiming that mining is no longer profitable.