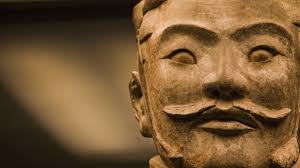 China’s ICO ban sent the markets careening downward on Monday, and that retreat continued on Tuesday as startups began issuing refunds to crowdsale contributors. The bitcoin price briefly slipped below $4,000, while the ethereum price fell as low as $268.

To recap, the People’s Bank of China (PBoC) declared initial coin offerings (ICOs) illegal and ordered startups to return funds to investors who participated in the token distribution event. This announcement was followed by a report that South Korean regulators intend to strengthen digital currency regulations and potentially “punish” ICOs. China and South Korea form a significant portion of the cryptocurrency ecosystem, so this news sent the markets into free-fall.

The downward spiral temporarily reduced the total value of all cryptocurrencies to $134.8 billion, its lowest point since August 18. At present, the crypto market cap has recovered to $146 billion, which represents a daily decline of about $5 billion. Since reaching an all-time high of $180 billion last week, the market has lost $34 billion–the equivalent of the entire crypto market cap in late April of this year.

China’s ICO ban does not directly impact bitcoin in the same way it affects smart contracts platforms such as ethereum and NEO, but the bitcoin price continued to decline on Tuesday. Since inching above $5,000 on September 2, the bitcoin price has fallen nearly 20%. During the early hours of September 5, the bitcoin price temporarily dipped below $4,000 for the first time since August 22. At present, the bitcoin price is $4,228–a 24-hour decline of 3%. Bitcoin now has a market cap just under $70 billion.

Downward pressure on Asian exchanges has caused the ethereum price to swing wildly in the past 24 hours. Within a four hour period this morning, ethereum crashed from $314 to $268. It has since recovered to a global average of $299, but ETH/CNY pairs continue to trade as low as $280 on major exchanges. Ethereum now has a market cap of $28.2 billion, which is a daily decline of 3%.

At one point on Monday, more than 80 coins in the top 100 had experienced daily declines greater than 10%. The retreat continued on Tuesday–every coin in the top 10 declined–but its pace slowed.

The bitcoin cash price fell 6% to $520, reducing its edge on 4th-place Ripple to $600 million. The Ripple price declined about 2%, which was the best performance in the top 10. The Litecoin price fell 3% to $66; it has dropped by nearly one-third since the weekend.

The NEM price also fell 3%, while the Dash and IOTA prices dipped 6% to $310 and $0.589, respectively. Monero and ethereum classic rounded out the top 10 with 5% price declines.

Eleventh-ranked NEO was the largest cryptocurrency to experience a 24-hour price increase. After plummeting more than 33% on Monday, the NEO price experienced a 10% recovery to $23.