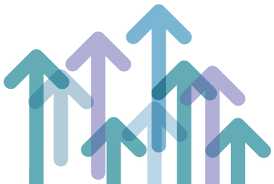 The price ether, the cryptocurrency that powers the ethereum blockchain, hit a high above $300 today, rising to a press-time total of just over $307.

With the move, the price climbed to its highest total since June 30, according to data from Coinmarketcap, a time when it was descending from all-time highs set in early June amid a wave of initial coin offerings (ICOs) on the platform.

Still, ether appears to be bucking its recent downtrend, rising more than 35% over the last week, up from the $227 total observed at the start of trading on August 2.

The price increase further comes at a time when the price of bitcoin is at or near all-time highs. Bitcoin set a new record earlier today, climbing above $3,500 for the first time in history.

At press time, the appreciation of both assets appears to pushing overall investment in cryptocurrencies higher, with the total value of all publicly traded cryptographic assets reaching an all-time high just above $124 billion.