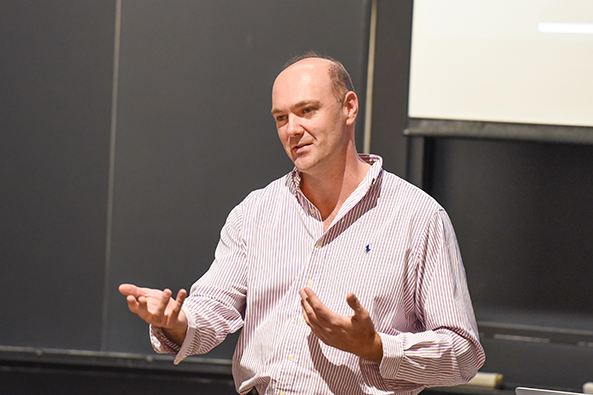 The Enterprise Ethereum Alliance is on the verge of kicking off a new phase of its development.

After launching earlier this year, and quickly growing to include more than 150 members from around the world, the alliance is about to initiate a flurry of activity from its diverse group of members aimed at breaking new ground on enterprise blockchain solutions

Since revealing its first working groups and a technical steering committee in July, the chairman of the Enterprise Ethereum Alliance (EEA) says the consortium has been ironing out the details of its governance model, gathering even more new members and working to identify objectives.

This behind-the-scenes work took a step forward in a second “town hall” meeting that was open to all members, last month.

Details of the meeting revealed to CoinDesk yesterday by EEA chairman of the board, Julio Faura show the heads of each working group drawing up plans for coordinating their working efforts behind a series of “certified” standards.

“Most of these working groups are launching as we speak. We’ve been basically, this past month, getting our act together as it comes to governance and the technical steering committee.”

According to a copy of the agenda provided to CoinDesk, addresses were given by Faura and membership committee chair Jeremy Millar, before the chair and vice chair of each working group was invited to speak.

While the meeting was closed to reporters, Faura described the discussion as focusing on how the group will now seek to create standards to ensure the many separate projects involved can interoperate.

Given the consortium’s focus on interoperability, each member is free to build with whatever implementation they choose. Platforms currently being used by members include Monax, Parity and Quorum, said Faura, who is also head of blockchain research and development at Banco Santander.

“These working groups are not technical in nature. They may explore technical implications, of course, but they are not building different flavors of ethereum. What they’re doing is they’re discussing the use of ethereum in their respective situations.”

Also revealed at the meeting was a breakdown of the non-profit’s more than 150 members by region.

As a result of such diversity, not just across industries but across languages and borders, Faura said another priority topic is the creation of a governance model that describes how members relate to the groups as well as how the groups relate to each other and to the overall organization.

Currently, the rule-making process is being accomplished using traditional methods, but a level of distributed interoperability is also required. To that end, Faura said the group is considering using blockchain technologies to cast votes in a more reliable way.

Eventually, the objective is to create a feedback loop that strengthens the technological developments made by members. But that too is something that hasn’t yet been formalized, and is instead relying on a more organic transmission of lessons learned.

“Over time, we may end up having some operational things, for example, an operations working group may start putting together a testnet for others to work on,” Faura said, concluding:

“Later on, we may go into things more serious, but these are just discussions at this point.”