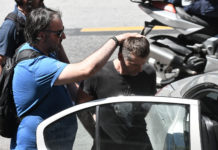 Change.org Petition Urges Authorities to Give BTC-E Users Their Money Back

As was widely reported in cryptocurrency news, a 38-year-old Russian man was recently arrested in Greece. The man, Alexander Vinnik, is accused of laundering $4 billion worth of ill-gotten bitcoins, and was allegedly running “one of the most important websites of electronic crime in the world.”

Alexander Vinnik was also found to be a suspect in the Mt Gox hack, as even independent security team WizSec revealed through an announcement he was their prime suspect for the involvement in the theft and subsequent money laundering.

It was also revealed that the website was the cryptocurrency exchange BTC-e. The exchange went down before news of the arrest started spreading, and justified its downtime with “unplanned maintenance”, and later on stated it would take 5-10 days for it to come back up.

Most users now believe that BTC-e is gone for good as visiting its website shows us that the domain has been seized by authorities. When trying to access the website, this is what we get:

Various users questioned whether the U.S. have any jurisdiction over the BTC-e exchange to seize it. Alexander Vinnik was a Russian man who was arrested in Greece, and BTC-e was registered in New Zealand.

What Will Happen to User Funds Left on BTC-e?

CCN recently covered that Alexander has been indicted by a U.S. grand jury, and that he may soon be extradited to the U.S. Amid all of this, however, it remains unclear what will happen to customer funds – after all, innocent users shouldn’t pay for someone else’s actions.

A recent Change.org petition urges the Department of Justice (DOJ) to give users their money back from the exchange or to allow them to access them again, so they won’t lose everything they had in there. Some even stated how they earned their coins to further prove their innocence.

At press time, the petition has 731 supporters, and the number keeps on increasing as its shared through social media. The petition’s text reads:

Hi, a few days ago a crypto currency exchange has been shutdown by the U.S. government and a lot of innocent people lost a lot of money in the process.
We need our money back!

Various users have pointed out that authorities managed to seize BTC-e’s domain and, as such, presumably also seized user’s funds. Others pointed to suspicious transactions, as someone may be getting away with a fortune worth of bitcoin while most look at Alexander Vinnik’s case.

So far, what will happen to the cryptocurrencies users had at BTC-e remains a mystery. Likely, the DOJ may ask users to prove their money was acquired legally so they can have it back, and later on auction off the rest.

Some users have stated that BTC-e.nz, the platform’s New Zealand portal, works from time to time and allows users to access their funds.