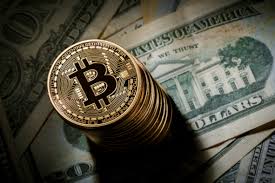 April 5: Bitcoin (BTC) has dropped slightly below $7,000 today, following on the heels of a weak second quarter start for the traditional markets.

BTC is currently trading for around $6,811, down almost 4 percent over a 24 hour period to press time. This week had seen BTC’s price consistently above $7,000, so today’s lower price could be attributed to regulatory news from Japan and South Korea, as well as another reported investigation into a US fintech firm as part of the US Securities and Exchange Commission (SEC) crypto probe. 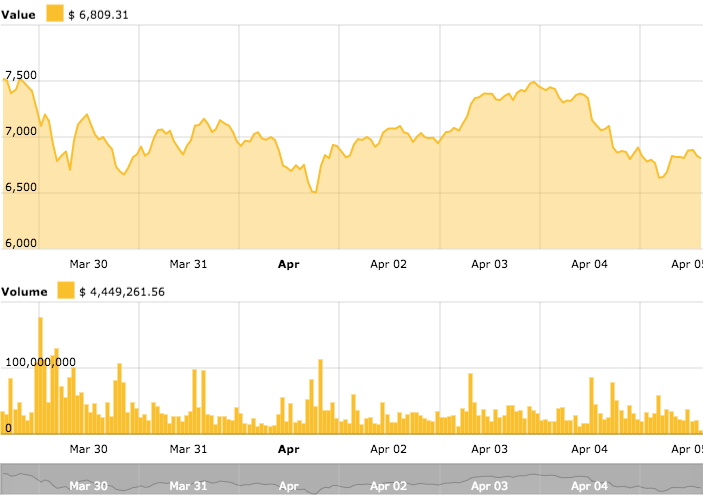 Ethereum (ETH) is still below $400, currently trading for around $382 and down about half a percent over a 24 hour period to press time. 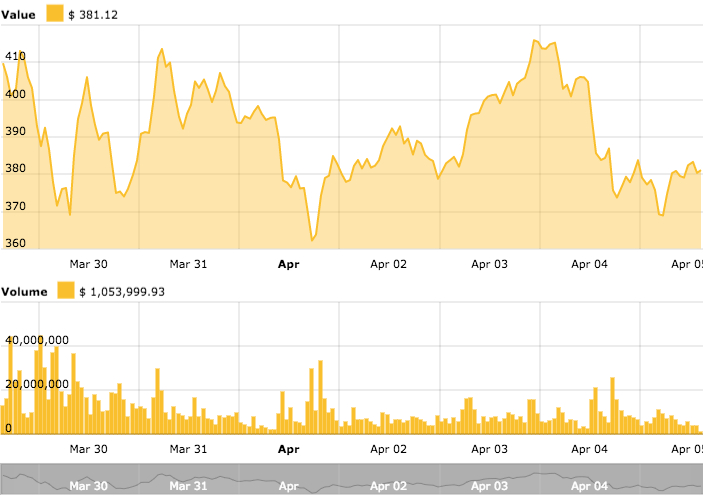 Of the top ten coins listed on CoinMarketCap, none are down by more than 10 percent, showing that this market drop today isn’t exhibiting the same rapid nature of previous BTC drops below $7,000.

Altcoin TRON, which is currently ranked 12th on CoinMarketCap, stands out as it is up almost 29 percent over a 24 hour period, trading for around $0.04 by press time. TRON’s price spike today could be attributed TRON’s Test Net launch on March 30, as well as the news that TRON will now be listed on South Korean exchanges Bithumb and Upbit: 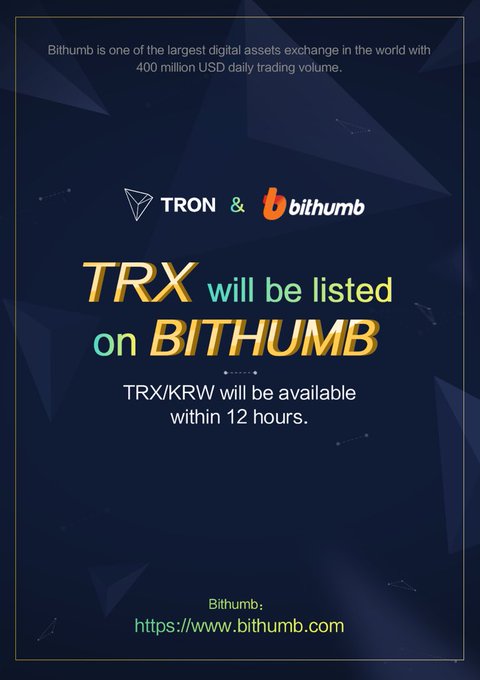 Total market cap is currently at around $257 bln, down from its intraweekly high on April 3 of around $283 bln.