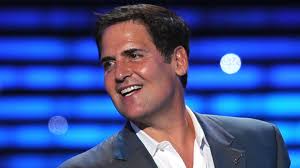 Billionaire investor Mark Cuban is investing in cryptocurrency hedge fund 1confirmation, which aims to raise $20 mln to be used in funding Blockchaintechnology-based companies. Cuban had previously announced that the digital currency Bitcoin was already in a “bubble.”

Cuban said that he considers Blockchain as a foundation platform for the creation of great applications.

“I have always looked at Blockchain as a foundation platform from which great applications can be built. Hopefully we can find a few.”

Cuban seems to have changed his mind about Bitcoin and cryptocurrency, after previously calling Bitcoin a bubble.

I might have to rewrite all these replacing stocks with $btc. Might have to finally buy some http://blogmaverick.com/2008/09/08/talking-stocks-and-money/ …

The plan of 1confirmation

The hedge fund plans to invest between $100,000 and $500,000 in early stage companies before their initial coin offerings (ICO) and help them develop their products rather than invest in digital tokens via an ICO or in the secondary market. Once a startup company where the hedge fund has invested is ready to issue an ICO, the fund hopes to negotiate a discounted price.

The fund will also invest in projects that support developers in building decentralized applications. Cuban prefers to invest this way, since he does not believe that projects aimed at end users are ready for adoption on a mass scale.

Cuban’s investment in 1Confirmation will be his second in the virtual currency market. He had previously invested in digital currency tokens being sold by his portfolio company Unikrn. He also announced that he intends to buy cryptocurrencies directly and to invest in a third digital currency-related project in the near future.

Cuban is the majority owner of the Dallas Mavericks professional basketball team and star of the investing-themed reality television show “Shark Tank.”