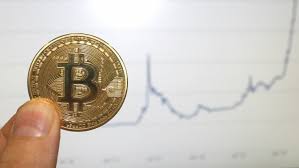 Bitcoin edged higher on Thursday, as investors set their sights on a new milestone amid conflicting signals in the broader cryptocurrency market.

// — Discuss and ask questions in our community on Workplace. Don’t have an account? Send Jonas Borchgrevink an email — //

The BTC has broken out of a trading range that kept prices subdued below $4,400.00. Prices briefly traded above $4,700.00 on Wednesday, possibly setting the stage for a test of the psychological $5,000.00 threshold. Some analysts think we will reach that level soon.

The world’s No. 1 cryptocurrency has more than quadrupled since the start of 2017. The gains have been relentless with very few exceptions, as global investors embrace cryptocurrency as an asset class.

Since coming into existence one month ago, Bitcoin Cash (BCH) has experienced heavy volatility at a time when fellow cryptocurrencies are showing more lasting appeal. It’s not just that BCH has been volatile – its price action has been all over the map. What’s more, Forbes recently reported that BCH’s developer team has not provided much directionabout the future of the new coin.

Analysts say that BCH’s extreme volatility is precisely because nobody knows what it’s truly worth.

Prices were up more than 5% on Thursday to trade near $574.00. That puts BCH at a market cap of roughly $9.5 billion. Only bitcoin and ethereum are valued more.

China, itself a dominant player in the cryptocurrency craze, is struggling to maintain its robust growth pace. The non-manufacturing purchasing managers’ index (PMI), which measures the country’s massive services sector, fell in August to the lowest level since May 2016.

The official non-manufacturing PMI dipped to 53.4 from 54.5 in July, government data showed.

However, factory activity expanded unexpectedly during the month, with the manufacturing PMI climbing up 0.3 point to 51.7.

On the PMI scale, anything above 50 represents growth. Anything below that level signals contraction.

China’s economy grew at a faster than expected 6.9% in the first half of 2017, but is struggling to overcome its heavy reliance on exports and investments. The country’s economic transition has boosted demand for bitcoin as mainland investors look to diversify out of yuan-denominated asses. So much so, in fact, that the People’s Bank of China clamped down on bitcoin exchanges to clamp down on virtual outflow.