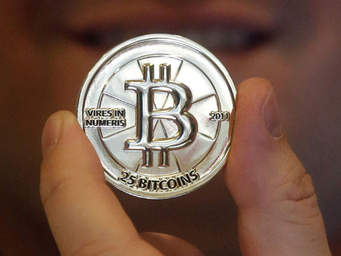 Overall, the price of bitcoin has gained nearly 5% across global exchanges, according to the CoinDesk Bitcoin Price Index, to reach its highest value ever recorded. The gains mark the third consecutive day that bitcoin’s price has set a new all-time high, and the fourth time it has done so over the last five days.

According to data from CoinDesk, the development also follows a period in which volume has shifted to new markets, namely Japan, where newly enacted regulations appear to have set the stage for a period of more robust trade in the market.

Over the last 24 hours, more than 50% of trading has taken place in Japanese yen, according to data service CryptoCompare.

Notably, the majority of US trading has also seen a migration to Gemini – long one of the lesser traded exchanges and perhaps the one that has most targeted the institutional investor demographic.

Still, it’s difficult to tell exactly what is driving the market.

Not only has the market seen its largest US dollar exchange fall victim to banking issues in recent weeks, but bitcoin’s price gains are coinciding with the appreciation of a range of other blockchain-based assets, providing evidence that speculation in other markets may be a rising tide lifting all boats.

In recent sessions, both ether (the cryptocurrency that powers the ethereum blockchain) and litecoin (an alternative payment-focused cryptocurrency) have also hit all-time or multi-year highs.