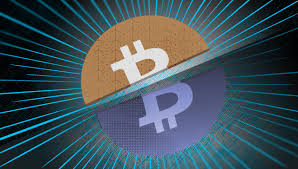 South Korea is the one country which is driving increased trading volumes of BCH. Bithumb, Coinone and Korbit account for $1.7 bln out of the $3.1 bln (55 percent of total volume) BCH trading volumes.

The increase in the USD price of BCH (From $300 a week back to over $800 currently) has also resulted in the USD value of BCH trades going up.

Unlike other countries where Bitcoin Cash is traded primarily against Bitcoin, in Korea BCH is primarily traded against the Korean Won.

South Korean exchanges were amongst the earliest to announce support for BCH trading and did so even before the actual hard fork and creation of Bitcoin Cash.

Given that BCH is relatively new and fiat-BCH trading is not that well established, most people who want to buy BCH use BTC to buy it.

Hence the demand for BCH results in higher BTC volumes as well.

When the BCH-Fiat market develops further, it could result in BTC trading volumes declining as well.

It has also generated substantial interest and is driving trading volumes.

The uncertainty around SegWit2x and the prospect of another fork on BTC has also resulted in some people shifting to BCH. Transaction volumes have increased in BCH, with a single block clearing over 37,000 transactions.

Currently, BCH has played the role of an altcoin killer and has not cannibalized the value of BTC. If the scaling prospects of BTC get stalled again, then a lot more people could shift to BCH from Bitcoin.