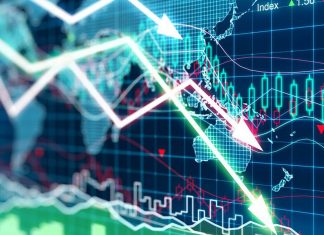 We are now less than 24 hours away from the start of the latest Bitcoin Civil War. On August 1, shortly after 12:20 pm UTC, segwit opponents will launch a user-activated hard fork (UAHF) to create Bitcoin Cash.

The creators of Bitcoin Cash believe support for segregated witness was a mistake – and a diversion from Satoshi Nakamoto’s vision for Bitcoin – and they aim to help bitcoin scale by immediately increasing the block size from 1 MB to 8 MB.

According to the Bitcoin Cash website, the following exchanges have announced they will credit bitcoin cash to traders holding bitcoin:

Although the UAHF has not yet been deployed, ViaBTC enabled traders to trade bitcoin cash futures (under symbol: BCC) by temporarily freezing their BTC balances on the platform.

Despite this move, ViaBTC says they are neutral and only added BCC support because they believed there would be a market for it. And indeed there was; 24-hour bitcoin cash volume surpassed $2 million on July 27, although it has since tapered to about $850 million. HitBTC later added BCC futures as well, although volume is extremely low.

It’s important to remember that these are just futures. The actual bitcoin cash coins do not exist yet, so we shouldn’t extrapolate too much from the week that bitcoin cash futures were trading on ViaBTC. Right now, we have more questions than answers about the actual hard fork:

These are exciting – and anxious – times for bitcoin. Bitcoin cash already has a fairly solid wallet and exchange support, but the real test will be whether the miners get behind it. In any case, it will be extremely intriguing to watch the trajectory of the bitcoin cash over the coming weeks.