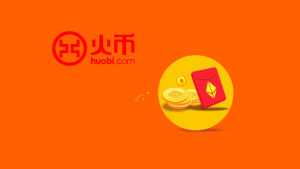 In official announcements today, Huobi and OKCoin began supporting Bitcoin Cash, a digital currency blockchain launched on August 1 as an alternative to bitcoin with a focus on a peer-to-peer electronic cash transfers over being a settlement layer.

In roughly translated statements, Huobi put the spotlight on the ‘great’ trading volumes of Bitcoin Cash since its launch whilst stating that both ‘mainstream international and domestic trading platforms’ support Bitcoin Cash. Given these developments, Huobi launched a new BCC/CNY (Bitcoin Cash/Chinese Yuan) trading pair at 17:30 local time on Tuesday.

It [BCC] has removed the controversial Segwit code, replacing it with a simple, sensible, adjustable blocksize cap.

OKCoin also enabled deposits and sport trading of Bitcoin Cash at 06:00 Eastern Standard Time today, with trading fees of 0.01% for the rest of the week. The now-mandatory trading fee is set increase to 0.05% the following week.

“To ensure a safe trading environment and to avoid potential 51% attacks and transaction malleability, there will be increased security verifications when depositing BCC,” OKCoin added.

At the time of publishing, bitcoin cash is up over 10% on the day, trading near $700 according to data from CoinMarketCap.