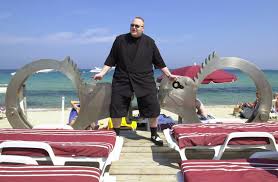 Entrepreneur Kim Dotcom has announced he is hiring “Blockchain gods” to work on his Bitcache content sharing platform.

Having unveiled the demo of Bitcache Tuesday, which integrates Bitcoin micropayments to share content among users, Dotcom added this week he required technical expertise and invited anyone to apply.

Want to be part of the Bitcache revolution? If you’re a Jedi coder, a digital Picasso, a blockchain God or data center Overlord, send me CV!

Bitcache will incorporate an internal Bitcoin wallet to facilitate payments, while last week’s announcement of an ICO to fund development may also see a bespoke token available to users.

Further details about the ICO and token have not yet appeared.

Following the call for collaborators, Dotcom reiterated Bitcache’s aim to “boost” use and awareness of Bitcoin.

K.im & Bitcache were designed for the benefit of content creators as well as consumers. A win-win innovation for all + a boost for Bitcoin

“There will always be people who will pirate content – you can’t stop that, but you can get to all the people who have the money to pay for content, but have no way to access it,” he told the BBC this week about the project’s ethos.

“That’s about $10 bln worth of revenue that is just being left on the side.”

The demo is available to only ten thousand users, with the full version of Bitcache set to launch before the end of 2018. Twitter followers of Dotcom are in line to receive a pre-loaded wallet for use purchasing content, he has said.