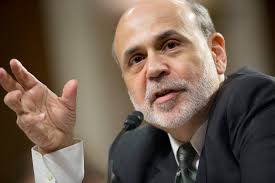 Distributed ledger startup Ripple is stepping up its attempt to disrupt Swift, the infrastructure provider that today connects over 11,000 banks around the world.

On the same day, in the same city as Swift’s flagship event Sibos, Ripple has announced it will host Swell, an event also aimed at bringing the world’s financial leaders together to network and discuss trends and strategies.

But while similar attempts might fall short for some startups, what could set Ripple’s event apart is its stakeholder buy-in. Keynoting the three-day conference in October is none other than the former chairman of the U.S. Federal Reserve System, Ben Bernanke, and the inventor of the World Wide Web, Tim Berners-Lee.

Taken together, the competing events represent an opportunity of sorts for attendees, many of whom could do business with Ripple and Swift, to cast a vote about their interest.

Ripple vice president of marketing Monica Long said Ripple still intends to be a sponsor of Sibos, and will continue to host a vendor booth there, but that the startup’s aspirations were bigger than the vendor platform.

“Our vision for what we could do as an exhibitor exceeded what we could do on the floor at Sibos. The ideas that we had in mind around programming, you can’t accomplish that on a show floor in a booth.”

Prior to speaking at Swell, Bernanke was among blockchain’s early supporters, writing in 2013 that the technology behind cryptocurrencies might hold “long-term promise.” Likewise, Berners-Lee has long been rumored to be exploring the technology.

Other Swell speakers listed as confirmed include the CEO of Ripple, Brad Garlinghouse, the managing director of GE Capital’s treasury operations, Kristen Michaud and the head of innovation at Banco Santander, Ed Metzger.

To be held in Toronto, Canada, Swell will take place from October 16 to October 18. While this year’s Swell won’t provide vendor-booth opportunities similar to Sibos, Long said that could change.

“I don’t know what the future will hold for this.”