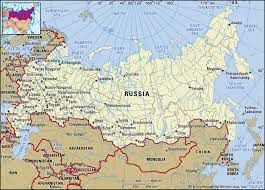 Well-known cryptocurrency platforms like Localbitcoins, Blockchain.com, and Crypto.com have begun to limit or terminate services for Russian accounts in compliance with the most recent EU sanctions aimed at Russia. The actions come after new European sanctions were adopted in response to Moscow’s military escalation in Ukraine.

A week after the European Union unveiled new regulations intended to harm Russia’s economy and finances, including its access to the cryptocurrency market, a number of industry service providers have started to follow the new guidelines. Only high-value services—those for digital assets worth more than €10,000 ($11,000 at the time)—were prohibited by the bloc in April. The provision of any cryptocurrency-related services, regardless of value, to Russian citizens and entities was outlawed by Brussels last Thursday.

The peer-to-peer exchange platform Localbitcoins recently informed Russian citizens that it could no longer provide its services to them, according to Forklog. The only exception that can be made is for persons that also hold a passport issued by a country from the European Economic Area (EU member states plus Iceland, Liechtenstein, and Norway) and Switzerland, those who have a permanent residence permit in these jurisdictions.

The cryptocurrency news outlet also disclosed that wallet provider Blockchain.com has informed customers via email that it is unable to offer custodial and reward services to Russian citizens as a result of the EU sanctions. By October 27, after which time their accounts will be blocked, the company has requested that the impacted customers withdraw their money.

This development was reported on the crypto news section of the top Russian business portal RBC, which also posted about Crypto.com’s decision to add Russia to the list of nations whose citizens are prohibited from using its services. The cryptocurrency exchange, which claims to have more than 50 million users, is registered in Singapore but recently declared its intention to open a regional office in Paris, France.

Bitmex is another exchange that intends to impose restrictions. The American company Coinbase assured that it complies with all applicable rules and laws in the countries in which it conducts business. That has already been done by service providers from other facets of the cryptocurrency industry. For Russian accounts, Dapper Labs, for instance, stopped using non-fungible tokens (NFTs). Revolut, a British fintech company, has no presence in the Russian market.

Not all international crypto platforms, though, have complied with the new European regulations. According to a recent report, Russians can still participate in significant exchanges.These include Huobi, which stated that it maintains stable trading for Russian users, FTX, which operates out of the island nation of Antigua and Barbuda, as well as the Seychelles-registered Okx, Kucoin, and Mexc Global. The regional leader, Exmo, sold its Russian business to a local vendor this past spring and Exmo.me is still active in Russia.

The CEO of Ripple anticipates a response to the SEC’s XRP lawsuit in the first half of 2023.