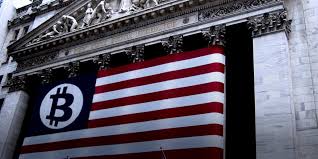 A Bitcoin Law for Every State? Interest and Animosity Greet Model US Regulation

A two-year effort to unify cryptocurrency business regulations across the U.S. has concluded – now, the technology’s enthusiasts just have to convince legislators to enact it.

Established in 1982, the Uniform Law Commission (ULC) is a non-profit association made up of 350 commissioners. All are lawyers by trade, and their goal is to draft legislation that brings clarity to areas where state law is creating instability.

Given the onerous regulatory regimes that have so far been enacted for cryptocurrencies, it may be no surprise that the ULC has taken an interest in the area. Since the group began its work in 2014, attempts by states to regulate the tech have attracted everything from public boycotts to criticism and petitions to ongoing lawsuits.

But with the ULC’s work now concluded, some industry observers are optimistic this narrative could see a much-needed reversal.

Stephen Middlebrook, an attorney with Womble Carlyle who served as the American Bar Association advisor to the ULC during its drafting process, expects several states to introduce its Uniform Regulation of Virtual Currency Businesses Act in upcoming legislative sessions around the country.

“It’s my understanding that legislators in several states who were interested in legislating in this area held off waiting for the Uniform Act. So, I think there’s sort of a built up demand for it.”

Others involved with the work agree.

Sarah Jane Hughes, who served as reporter for the ULC committee, said Texas and California – which were involved in the drafting process – would likely be early adopters.

“We believe that there are a number of states that have been holding back their own regulatory and legislative approaches in order to wait for this,” she said.

The Uniform Act seeks to spell out which virtual currency-related activities are – and are not – considered money transmission, and therefore require licensure. It further defines foundational concepts such as the “custody” of crypto assets.

One of the more innovative items the bill seeks to put into law is a three-tier licensing structure that offers full exemptions for individuals and small entities, creates a regulatory sandbox for startups and grants full licensure status for larger virtual currency businesses.

And legislators seem keen to continue engaging and working with the nascent industry.

Matt Dababneh, a member of the California state assembly who has introduced virtual currency legislation in the past, told CoinDesk he is considering the Uniform Act, explaining:

“I have been monitoring the growth and progression of virtual currency and how it impacts our economy. I am still reviewing all of the recommendations put forth in the [Uniform] Act. I will continue to be engaged in this issue as virtual currency becomes a more prominent payment option for businesses throughout the state.”

With all this optimism, though, there’s still an uphill battle ahead.

According to Carol Van Cleef, a fintech attorney with BakerHostetler, getting the law passed in any single state, much less all 50, will be a challenge. And there’s history to prove it.

About 17 years ago, a uniform money transmitter statute was circulated, with the idea that money transmitters would only need to receive a license from one state, which could then be used as a passport to operate in other states, said Van Cleef.

“As of today, I think approximately 10 states have adopted that. So, we’re not going to see this as a real panacea, or think that we’re resolving the state money transmitter issue,” she said at a conference last month in Washington, D.C.

Complicating matters further, a segment of the virtual currency community remains stridently opposed to the Uniform Act on the grounds it too closely resembles New York’s “BitLicense” regulation, which they claim has chased fintech innovators out of the state.

The Bitcoin Foundation, a non-profit of waning influence in the industry, has urged the National Council of State Legislatures (NCLS), a group that represents state legislators and staff, to direct its members to reject the bill.

“Adopting a model act with the characteristics of the New York regulation is sure to threaten the existence of the fintech industry nationwide.”

Given the fast-moving nature of cryptocurrencies and related technologies, laws like the BitLicense have shown a propensity to quickly become dated.

Since the law was drawn up in 2014, two separate movements have sprung out of the tech: bank-focused private blockchains and initial coin offerings – both of which haven’t been addressed on the state level.

Still, Middlebrook advocated for a balance here, as both regulators and innovators seek to find a middle ground that can perhaps only be found with time.