OneCoin, a purported cryptocurrency and trading venture based out of Bulgaria, is suspected to be a pyramid scheme with no verifiable evidence to back up any of its business claims. Usually people use Cloud Mining services to invest in cryptoeconomy.

Evidence supplied to CoinTelegraph, in addition to reviews already published elsewhere, suggests that OneCoin.eu and the One World Foundation are scam operations.

The amount of evidence contributing to OneCoin’s status as a pyramid scheme is considerable. Its directors have previously been involved in other known scam operations, its resources contain no verifiable evidence for any of its business claims and documentation uploaded to support claims often conflicts with the claims themselves.

In addition, the quality of hosted content, including standards of English and website construction, are noticeably poor for an alleged international operation run by native speakers.

A history of bad acting

OneCoin’s Founder, Owner and Chief Operating Officer ‘Dr. Ruja Ignatova’ is the subject of a host of claims seemingly designed to demonstrate experience and business acumen. Information uploaded to OneCoin.eu states that she received degrees from the University of Oxford and Konstanz, and is the former CEO of Bulgarian private investment firm CSIF.

If the resume available at OneCoin.eu is to be taken as official information, it is notable that claims made elsewhere are not replicated in the document. Ignatova’s participation in a Harvard negotiating course is only mentioned on the One World Foundation website despite a scan being present in the resume.

Ignatova’s own websites state that she graduated Oxford with Magister Juris in European and Comparative Law in 2004. The websites in question are blogs from WordPress, Blogspot and Weebly, the latter two in German stating that in 2004 Ignatova entered employment having graduated from Oxford. A scanned certificate on OneCoin.eu states she completed the program in 2009; no document from 2004 is visible.

CSIF has been contacted for confirmation of Ignatova’s previous employment, but at the time of writing CoinTelegraph has not received a response. 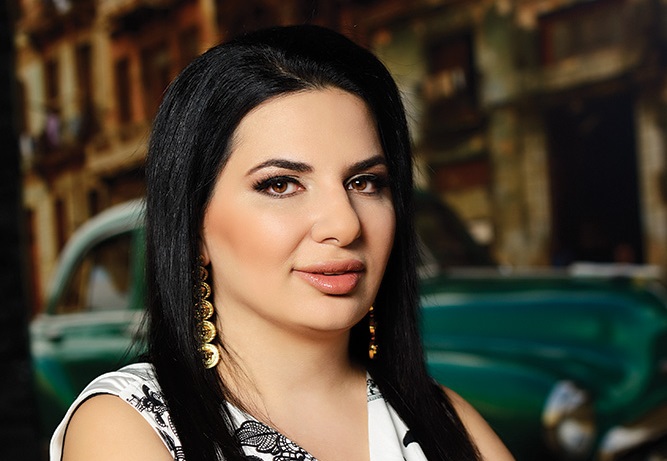 Also working for OneCoin in various capacities are Sebastian Greenwood and Nigel Allan, both of whom have been involved in scam operations in the past.

Greenwood previously worked with defunct pyramid scheme Unaico, whose activities were the subject of a warning from Pakistan’s Securities and Exchanges Commission. The notice cited “illegal multi-level marketing” practices and advised consumers “to refrain from investing/ dealing in these so-called lucrative business schemes, launched by the Company.”

Allan, the ex-president of OneCoin, has meanwhile previously been implicated in similar pyramid schemes to OneCoin, namely Crypto888 and Brilliant Carbon. Correspondence originally from January 2015 would appear to suggest that Ignatova and Allan had a falling out, with Ignatova describing “betrayal of trust” and Allan as “illoyal” (presumably with the intended meaning of ‘disloyal’).

It is clear that despite the apparent experience of its leadership in creating tools to con consumers into investing money, the claims made by OneCoin are easily revealed as fabrication.

OneCoin’s style uses prestige and public presence to create an image of importance and legitimacy. The so-called ‘OneAwards’ claim to reward successful traders, who are invited to the organization’s award events. These events also double as fundraisers for the One World Foundation’s “projects.”

“OneAwards incentivize the success stories. We award such as Black Di[a]mond and Double Di[a]mond. Being part of this exclusive cirlcle [sic] comes with awards, luxury items such as Rolex watches, Cash Bonuses, and Luxury cruise holidays. Other members will be inspired by your achievement – and realize what huge opportunities One offers.”

It was the most recent event in Dubai that prompted James Dollahan to send out his own advisory regarding OneCoin’s practices. Dollahan, who works for Filipino consulting firm Worldwide Summit, confirmed to CoinTelegraph in emailed comments that a group of associates had attended the Dubai event, along with “approximately 3,000” others. He explained:

“They met with the owners and managers of Onecoin and yes, their behavior and things said were just as I had warned them about.  Nothing that could be verified except on their own websites […]. Regarding technical questions, they were not detailed in their answers and much did not make sense to them based on what true crypto currencies are.”

According to OneCoin.eu, 650,000 OneCoins as well as “50.000 cash” of undetermined currency were donated to the One World Foundation during the event.

Dollahan’s concern was piqued by a separate marketing stunt featuring Ignatova herself. An alleged interview was published on the front page of Forbes Bulgaria for its May 2015 issue, which OneCoin subsequently publicized on its website and circulated in paper form at the Dubai event.

While OneCoin refers to it as an “interview”, however, upon closer inspection it becomes clear that the material is a paid advertisement. The cover uploaded on OneCoin.eu does not match that from Forbes’ own website. Dollahan circulated an email exchange appearing to contain confirmation of the paid ad campaign from Forbes, which is still being verified at the time of writing.

The One World Foundation, publicized as the main spin-off of OneCoin, claims to help disadvantaged children through donations gathered via OneCoin’s operation and special events.

Its website states it is “supporting” various organizations including One Laptop per Child and Seva, but gives no information about how exactly it does so. A ticker on the homepage states at the time of writing that 73 children have been “helped,” yet again no further information is provided.

The Foundation also states its mission is to “empower children and youth to learn about today’s economy. To make them responsible adults, who understand money and who can build up a prosperous life.” It is not clear how these objectives are being fulfilled by the alleged support.

OneCoin is variously stated to be registered in Gibraltar and Ignatova’s alleged home country of Bulgaria. Regardless of its base, however, it is conspicuous that the USA is among the “restricted” countries with the website stating:

“Marketing Partner Applications may not be accepted from residents within these territories, or there may be limited payment options available.”

In its review of OneCoin, BehindMLM.com suggests that this is because “OneCoin would easily fall foul of SEC regulation concerning the offering of unregistered securities.”

What makes OneCoin most likely to be pure fabrication is nonetheless a simple fact. Nowhere on resources such as CoinMarketCap is OneCoin to be found. No information regarding its technical specifications can be easily found and is impossible to verify.

CoinTelegraph would recommend to readers that they do not commence dealings with OneCoin, its spin-offs or associates. Similarly, any other projects linked to the actors mentioned in this article should be avoided at all costs.

We hope that you liked this article. We recommend you get acquainted with our ratings of the top blockchain companies and cryptocurrencies.